26 extradition proceedings are handled from U.S.

So far the National Court of Justice (CNJ for its Spanish acronym) handles 26 extradition processes from the United States; of these, 14 have already been submitted to the Department of State of that country and the rest is still waiting for information on Ecuador or an official raising of the order.

Among the 14 extraditable, former owners of Filanbanco, William and Roberto Isaias brothers, who were accused of embezzlement by the bankruptcy of the financial entity, are included. There is also the president Jamil Mahuad, accused of embezzlement by the declaration of a bank holiday and the freezing of resources; and Washington Aguirre, implicated in the assassination of former MPD deputy Jaime Hurtado, which occurred 15 years ago.

The former director of the Territorial Bank Pietro Zunino Anda, prosecuted for embezzlement, is also added to the list.

The 14 extradition requests to the United States were raised from late 2000 until December 2013 and none have been granted. 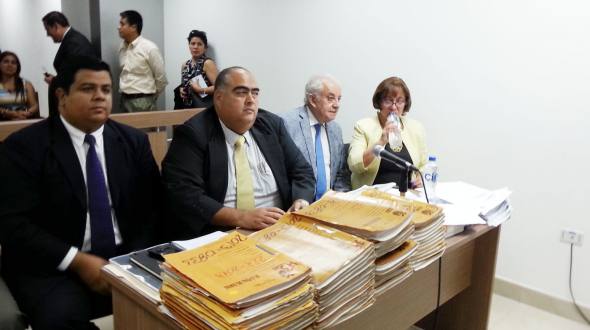 CNE will commence with the reviewing of 780,000 signatures of YASunidos