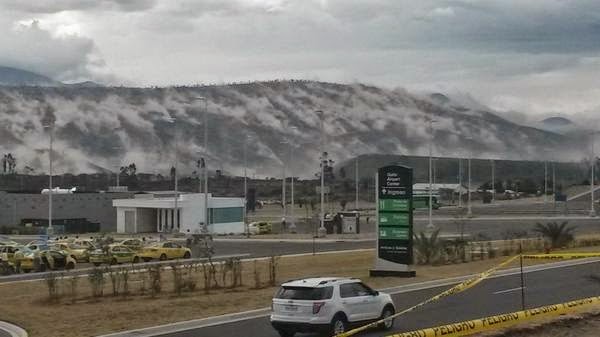 After the earthquake of magnitude 5.1 on the Richter scale, recorded yesterday August 12 in the area of ​​Collas, between Quito and Guayllabamba, in the province of Pichincha, were three dead, eight wounded and three missing, according to data from ECU911 .

The earthquake occurred at 14:58 and its epicenter was located by the Geophysical Institute. Also,they recorded until last night 25 replicates; the first was registered at 15:02 with a magnitude of 4.1 and second of 3,7, it was close to 17:00.

One of the deceased was working in the construction of the foundations of a bridge that will connecting Catequilla with Simon Bolivar Avenue in Quito. The other victim was a child of 4year-old who fell sacks of rice.

Quito Mayor Mauricio Rodas, who chaired the meeting of the Committee of Emergency Operations (COE for its Spanish acronym), added that there were 70 evacuees. He said that at 05:00 of today August 13 rescue will resume for ground instability.

While President Rafael Correa affirmed that in the quarries zone where landslides ocurred had fragility by the possible illegal mining. “Of course, the collapse is detonates by the earthquake, but there had already fragility due to illegal quarries or exploited quarries anti technically” he said.