350 social groups participated in a forum for Unasur 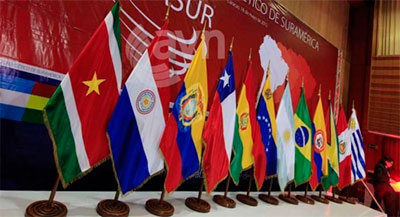 Yesterday, August 4, it was held in Quito the first rapprochement of social groups with the Union of South American Nations (Unasur for its Spanish acronym) through a Citizen Participation Forum, where 350 groups participated.

Dora Aguirre, President of the Commission on Citizen Participation of the Assembly, noted that delegates will take their demands to the international meeting to be held on August 14 and 15, in Cochabamba (Bolivia). There, they will develop a joint approach.

The final document will be delivered to the Heads of State on August 22, in Uruguay, when Ernesto Samper assumes the Secretariat of the regional body.

“It is not so much a matter that integration occurs, but it has to be useful to all of us. That is real democracy,” said Foreign Minister Ricardo Patiño. He highlighted the role of citizenship. “Gender equity, ethnic diversity, we have to bring all that to the Unasur meetings,”he insisted.