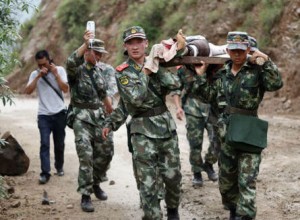 An earthquake measuring 6.3 on the Richter scale occurred on Sunday in Yunnan province, in southwestern China, leaving at least 400 people dead, 1,800 injured and dozens missing.

The Chinese Seismological Centre reported that the quake occurred at 16.30 local time and its epicenter was located at 27.1 degrees north latitude and 103.3 degrees east longitude with a depth of 12 kilometers in the Ludian County, in Zhaotong city, Yunnan.

The Yunnan provincial government has sent an emergency team of 30 people at the epicenter of the earthquake and the situation will soon be evaluated.

Panama Canal expansion will be completed by the end of 2015