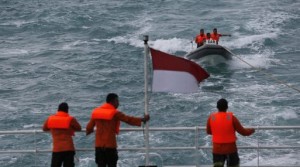 Indonesia Boats detected four major items that belong to the AirAsia airline plane that crashed off the island of Borneo, said yesterday Bambang Sulistyo, in charge of the search.

Diving teams were sent to the area.

Experts say these could be parts of the fuselage and the wings. “We were able to detect two large objects, a three-dimensional and a two dimensions object,” Bambang said on the first two objects located.

Two Russian planes, one amphibian, reached the search area, along with 50 Russian divers and an unmanned submarine. Bambag said the amphibious aircraft would be responsible for finding objects that are floating in the water, especially bodies that have been removed from the search area.

AirAsia plane would have had taken off unlicensed according to BBCWorld

“Cryoseisms” because of polar cold in North America