47% of the FARC rebels entered ranks as children

Nearly half of the members of the FARC were recruited as minors, as it was revealed yesterday by a new study that seeks to be a “wake up call” on this practice, considered the “most serious” crime produced during armed conflict in Colombia.

In response to information provided by demobilized and official documents, 47% of the nearly 8,000 current guerrillas from FARC, entered the armed group as children, said the head of the investigation Luis Andres Fajardo.

The findings are in the book ‘recruitment of children as an international crime of the FARC in Colombia,’ published by the Universidad Sergio Arboleda.

The FARC and the Colombian government have been talking in Havana for two years, with the mission of ending the armed conflict. 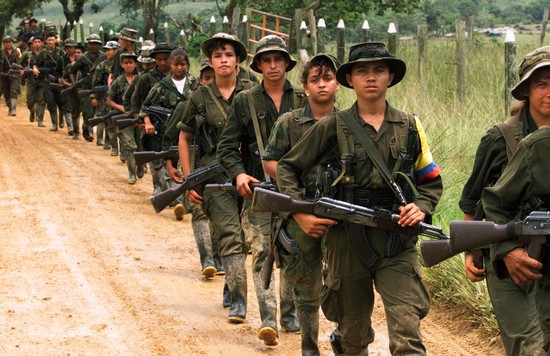