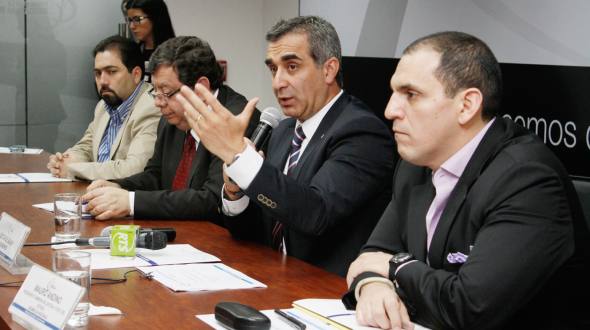 On October 29, authorities of the Judicial and the Government Function called on the Inter-American Commission on Human Rights (IACHR) to “rectify procedures” to treat denunciations against the Ecuadorian State. This, after thehearings conducted on Monday October 27, in Washington, in which social sectors and jurists complained about alleged damages to humans rights of indigenous peoples and the alleged lack of independence of justice in the country.

The President of the Judiciary Council (CJ for its Spanish acronym), Gustavo Jalkh, rejected the modus operandi of the IACHR, because according to him, “it hurts itself and hurts the Interamerican System” when it analyzes processes of Ecuador, many of whom have not been resolved.

“The Inter-American System should recover its principles and contribute with judicial independence, asking certain political actors to not press the Judicial Function,” he said.

In addition, the Minister of Justice, Ledy Zúñiga, reported that Ecuador sent a report to the Commission in which the independence of judges is ratified. “It makes no sense that we go as representatives of the State to a place where theanalysis that are made are biased in and subjective (…). La IACHR is a venue of the political opposition in Ecuador and other progressive governments,” she said.