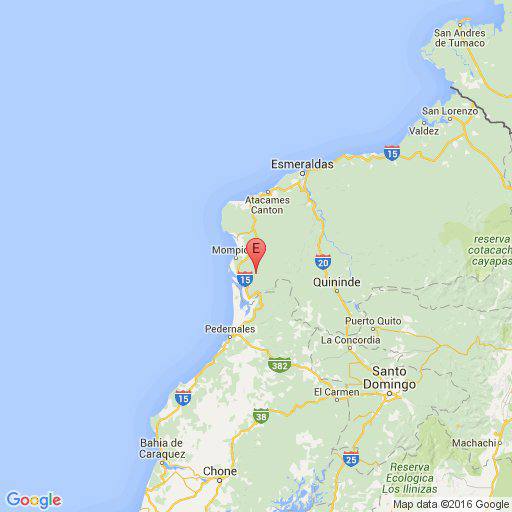 An earthquake of 5 degrees on the Richter scale shook Monday the Mompiche county, in the Esmeraldas province at 22:44, according to the Twitter account of the Geophysical Institute of Ecuador.

The seismic activity in the northern coast persists, after the 7.8-magnitude earthquake of last April 16, whose epicenter was in the Pedernales county.

Until last Thursday (April 28) the Geophysics Institute recorded 25 aftershocks, so until that day 1,034 were counted in total, after the strong earthquake.

The people of Mompiche commented on their fear in social networks.