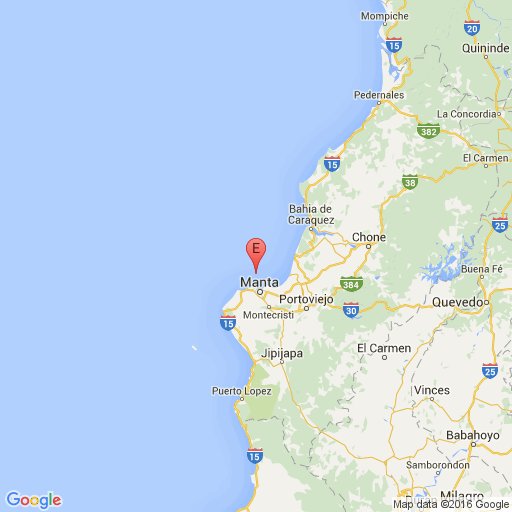 A new earthquake was felt tonight in several cities, but more intensely in the coastal populations of Manabi.

According to a preliminary report of the Geophysical Institute (IG) at 20:20 of Tuesday an 5.4 magnitude earthquake in the Richter scale, with a depth of 10 kilometers and whose epicentre was the Jaramijo county was recorded.

This quake was recorded the following night (Monday 18, at 20:52), an earthquake of 3.9 on the Richter scale whose epicentre was Manta was recorded, according to the IG.

When no incidents were reported after this new quake. Even President Rafael Correa, who is in Manabí, said there was no damage, “but a lot of fear,” and called for calm.