Ecuador registers 114,215 patients recovered from covid-19. This means that 83.34% of the total infected defeated the virus . 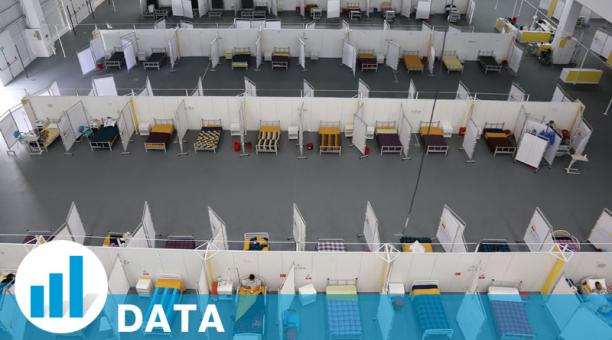 Currently, this percentage places the country together with Peru in sixth place in South America , seven months after the first case was reported.

Ecuador registers an equal percentage of recoveries as on August 2, when the counting methodology of this health indicator was surprisingly changed .

According to the Ministry of Public Health (MSP), this statistic includes those who have entered the surveillance system with at least one positive RT-PCR test.

These patients must have passed at least 29 days from the date of onset of symptoms and are alive .

The patient has an epidemiological discharge after verifying that he is not infectious after performing two laboratory tests with negative results.

But we must emphasize that in early August, Ecuador ranked second in South America and now dropped five places since there are seven other countries that increased their percentages.

Suriname, which has significantly increased its number of infections in the last two months, leads the list with 96% of people who have defeated the disease, according to historical data from Johns Hopkins University.
The Caribbean country surpasses Chile , which fell to second place, although it should be noted that it rose one percentage point, from 93% to 94% of recovered people. “Increasing the capacity of our integrated network has allowed us to respond and protect those who have needed it, but the real heroes have been the health workers… ”, assured the Chilean health authority to the local press.

Colombia and Brazil are in third place with 89% of patients cured; while Uruguay and Venezuela are at 87% and 86%, respectively.
This greater number of healed patients brings the average of the southern cone to 87%, which represents almost seven million people.
Below the regional average are: Argentina , Bolivia , Paraguay and Guyana .

The World Health Organization (WHO) issued a warning on recovered patients , stating that “even when they have overcome the disease, patients with Sars Cov2 continue to be contagious, so it is requested to keep them in isolation for two weeks after symptoms disappear ”.

In general, in the countries of the region, those who have gone for more than 14 days without symptoms are included in the list of recovered, who have tested negative at least two tests. There are also those who were hospitalized and have already received the epidemiological discharge.

Guayaquil and its aboriginal ancestors