A setback for Cubans trying to reach to Mexico 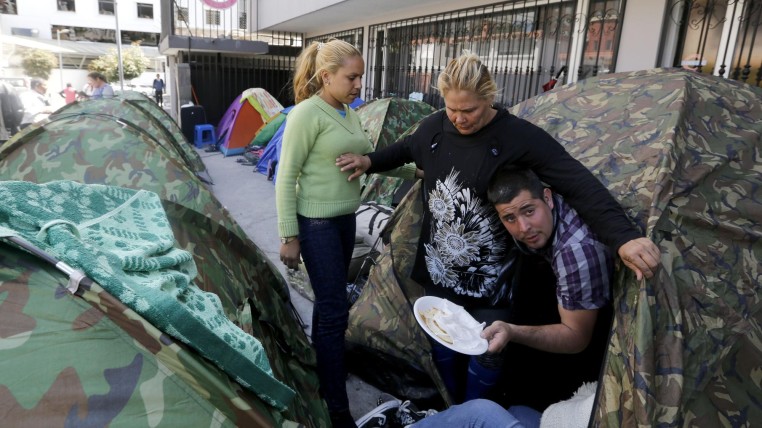 Their visa request was denied. “We were told we do not comply with the conditions of humanitarian crisis,” told to daily ESPRESO Efrain Sanchez, new representative of the Cuban community in Ecuador.

About 130 islanders camped on the street outside the embassy of Mexico, located in northern Quito. They expected that the country activates a “humanitarian corridor’ that allows them to reach the United States. They claim that their current economic situation is precarious.

On Monday, the improvised camp had only 10 tents. Yesterday, they were 18. Although the response of the government of Enrique Peña Nieto was negative, they will stay there. Even more fellow citizens will join them: they do not care because they have nowhere to sleep, they said.

This is the case of Rene Rodriguez. He has camped since Monday along with his wife, two daughters and in-laws. They had to leave their house because they could not pay the rent. The nights are very cold, it drizzled last night, and this dawn we experienced the worst weather, he said.

In order to get to the bathroom, they had to walk to a mall or a restaurant, but yesterday the Municipality of Quito installed a portable one. Cuban and Ecuadorian friends donated food and water. “We have nothing,” Rodriguez laments.