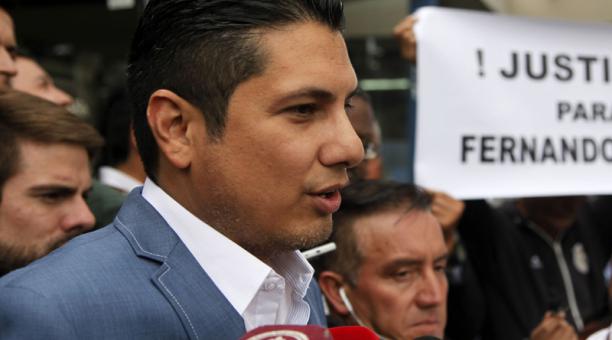 On the night of this Monday, March 19, 2018, the police captured a third agent apparently linked to the kidnapping of Fernando Balda. The Patriotic Society ex-ambassador reported it through his Twitter account. The arrest took place in the center-north of Quito.

On Monday morning, on the other hand, two other policemen were arrested. It is expected that the hearing against the uniformed will be held tonight or at dawn tomorrow, Tuesday, March 20.

Balda denounced his alleged kidnapping in 2012, but only this year the Office of the Prosecutor activated the reserved investigation and asked for the first versions.

Balda’s complaint describes the alleged plagiarism that he suffered in 2012 when he took refuge in Bogotá, Colombia. According to his testimony, on the night of August 13 of that year, he was intercepted by five people, four men and a woman, who forced him to embark on a car.

Two policemen were arrested for the alleged kidnapping of Fernando Balda José Serrano came to the Prosecutor’s Office to give his version about the alleged kidnapping of Balda That vehicle was located that same night by the Colombian Police and one of the kidnappers was captured. According to Balda, the group that retained him was hired by Ecuadorians he had met months before, in a forum on politics that he organized in the capital of Colombia.

The exasambleista assures that behind this crime are supposedly agents of the General Directorate of Intelligence of the Police assigned to the Secretariat of Intelligence. On Monday morning, Felipe Rodríguez, Balda’s lawyer, assured that the two detained agents had hired the five suspects who were responsible for kidnapping Balda. (I)

It is revealed that Correa offered to “protect” Glas’s uncle