Only half of teachers have passed the psychometric test 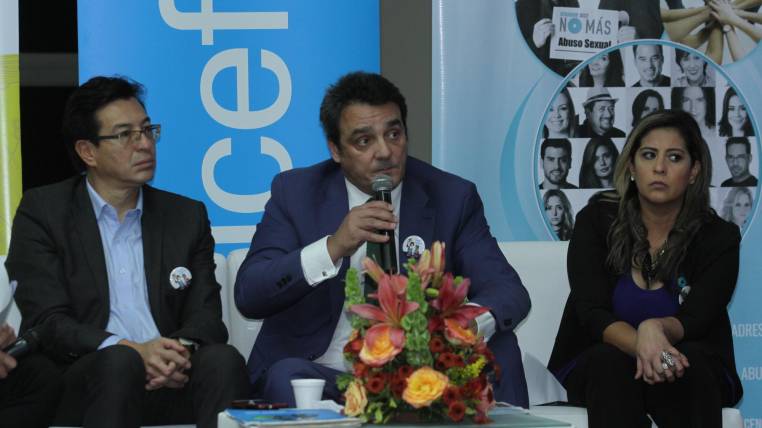 The psychometric test, which allows assessing the personality of the teacher, to identify possible behaviors that may affect their relationship with the student, will be received from the first week of April. Of the 144,000 teachers who have the teaching profession, about 70,000 who joined the program since 2004 under the program ‘Be a Teacher’, already have the document and the results of the test, but the rest will have to surrender it, the Minister of Education informed yesterday.

Fander Falconí, explaining that the process is being carried out together with the Ministry of Health and a specialized firm. The particular institutions, and municipal, as part of the process of teacher selection, must also apply psychological evaluations. The reception of the test was announced in October of 2017, before the series of complaints that were presented in the educational institutions about the sexual abuse of teachers to underage students.

Falconí was in Guayaquil yesterday to inform the actions that are carried out to eradicate the sexual abuse committed against children inside the school space. He did so after the Aampetra Commission, made up of members of the assembly, presented his report on the analysis of the cases from 2014 to 2017 last week. There, political responsibilities of former Education Ministers Augusto Espinosa and Freddy Peñafiel are determined during the administration of Rafael Correa; while the current management highlights the policy of zero tolerance and the campaign ‘More United More Protected’, before these events. There are currently 2,673 reports of sexual abuse, filed from 2014 to March 2018, of which 57% (1,500) are registered within the education system.

“Through an Extraordinary Appeal for Legal Revision, 256 administrative summaries have been delivered to the Attorney General’s Office that had been filed for due process,” said Falconí, who recalled that the merit contests will also take place in April and opposition to appoint educational authorities (rector, vice rector and inspector general) according to the profile required by the General Regulation of the Organic Law of Intercultural Education (LOEI). 50% of management positions in the education system are occasional.

There is already the budget to cover all the expenses involved in filling the vacancies of the main heads of educational institutions that must meet the following requirements: have a fourth level degree; have at least 12 years teaching and be located -at least- in category D of the teaching ladder. Parents get involved in campaigning With the support of Unicef and the NGO ‘Ecuador says no more’, the ‘Super Parents’ campaign was launched.

These are videos that give advice to parents to strengthen trust with their children. Ask the children how they did at school, avoid leaving them alone, observe their relationship with adults, hug them and give them love are the rules that parents should take into account. According to the NGO, in 95% of cases, victims cannot talk to their parents. (I)