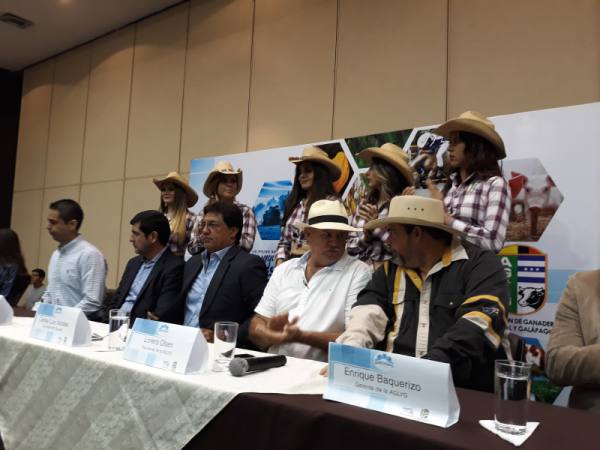 After forty years of being in the rural area of Durán, the livestock fair returns to Guayaquil, specifically in the Simón Bolívar Convention Center, which will be suitable for the event between the 23rd and 25th of this month.

With the slogan ‘the field comes to the city’ and an investment of $ 250 thousand, the owner of the Livestock and Livestock Association of Livestock, Lorens Olsen, stressed that one of the objectives of the fair is to strengthen the unity of producers from the rice sector, maize, banana, livestock, floriculture and others.

He also justified that the traditional date of the event, which is in October, should go ahead to March, at the request of the mayor of Guayaquil, Jaime Nebot, in order to promote the tourist development of the city. “He looks for us as strategic allies and we in turn join together as producers in general, in the Producers Unit”.

Kleber Sigüenza, president of the Chamber of Agriculture of the Second Zone, highlighted the role of Guayaquil as the nerve center of agricultural and livestock activity, noting that of the $ 11,500 million generated by the country for non-oil exports, $ 5,500 comes from of agriculture and that, $ 4,300 from the Costa region.

Councilman Carlos Luis Morales, delegate of the Municipality for the organization of the event, said that an average of 20 thousand visitors a day is expected. He discards that this exhibition with the peasant sector has to do with a possible candidacy to the Prefecture of Guayas in 2019: “No, this has nothing to do, it is totally apolitical, I am the mayor’s delegate to bring forward this expoferia, here is an investment, there are serious people … ”