The ex-policemen Eduardo Mullo, Geovanny Lasso, Luis Guanotasig and Jesús Jetacama, who were sentenced to twelve years in jail for an alleged attempted murder on September 30, 2010, filed a complaint this morning against former president Rafael Correa and 15 justice operators for their intervention in what they call “an unfair sentence.” 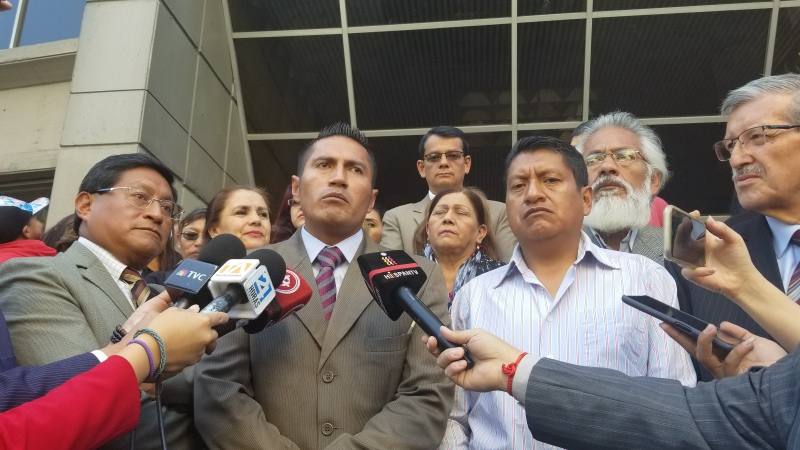 According to the complainants, in their case, they adulterated evidence, videos, witnesses and even asked them to instill other people. Among the 15 people who ask to be investigated would be judges and prosecutors who intervened in judicial proceedings at different levels

“All of them committed serious crimes against human rights and therefore the attorney general Diana Salazar must advocate specific knowledge of this case so that in the due process she finds those responsible for this tragedy that the whole country now knows was a great farce”, said Óscar Ayerve, of the Victims Association of 30-S.

If the Prosecutor’s Office, those affected and the Association that represents them are offered, they offer to deliver “thousands of documents” that support that the reported case was emblematic for Rafael Correa and his attempt to support an attempted coup d’etat and a murder during the police revolt known as 30-S.