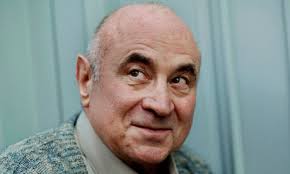 The British actor Bob Heskins, best known for his roles in ‘Who Framed Roger Rabbit?’ And ‘Mona Lisa’, died this Wednesday, at age 71 because of pneumonia.

`We are devastated by the loss of our dear Bob. Bob died peacefully at the hospital last night surrounded by his family, following a bout of pneumoni,´ said Clair Dobbs, publicist of the artist in a statement. `We ask you to respect our privacy during this time and thank you for your messages of love and support.´

Hoskins was nominated for an Oscar for best actor in 1987 by the crime drama ‘Mona Lisa’, triumphing in Cannes, Bafta and Golden Globes for such mention.

`Chespirito,´ in a delicate state of health