After legalization of Gay Marriage in England, Elton John will marry David furnish 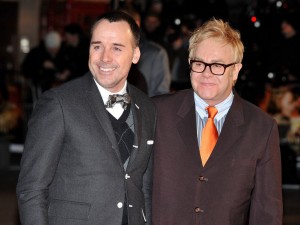 Elton John finally will marry his partner of 20 years, David Furnish, after the marriage between same sex was legalized in England and Scotland

After gay marriage was made ​​official in England and Scotland, and finally after 20 years together, Elton John will marry the Canadian David Furnish.

The couple, who has two children who were conceived by surrogacy, had legalized their status through a civil union seven years ago. So in an interview on ‘Today Show’, of NBC Network, regarding the wedding, the singer said: `We will do it discreetly. But we will and it will be a happy occasion. ”

Elton John, who was very cheerful during the program, also said `I’m very proud of the United Kingdom and the laws that have come into existence since we got together.”