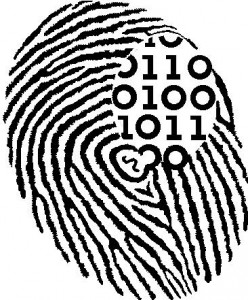 The company Advanced
Optical Systems, located in Alabama, developed AIRPrint, a distance
fingerprint detector. This is a tech device that allows fingerprint
identification from two yards away, it also comes with two built-in
1.3 megapixel cameras, which are specially configured to detect
different polarizations (a camera receives the vertical
polarizations and the other one receives the horizontal ones) of
light on hands and analizes reflexes; it can also capture 30 to 60
frames per second.

Thanks to AIRPrint, you will no longer need to approach
identification machines, raising your hand will be enough. Al the
moment, the prototype of this revolutionary invention is capable of
scanning a finger in a split second and it processes it in four
seconds, it is expected to be able to scan a hand at once and
process it in a second by April.