Alleged Malaysia Airlines remains turned out to be wastes 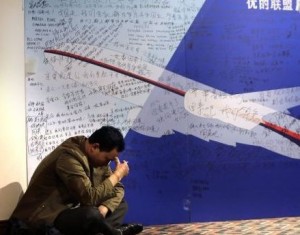 Twenty three days after the disappearance of flight MH370 from Malaysia Airlines, with 239 people on board, a single remainder of the aircraft still has not been found, despite the numerous sightings of possible objects in recent days.

The wastes that were this weekend picked up from the water by the ships of the search area, in the southern Indian Ocean, at 1,850 miles west of the Australian city of Perth, do not belong to the aircraft, according to an statement released last Sundady by the Authority in Australian Maritime Safety (AMSA).

“They seem to be fishing equipment and garbage on the surface of the sea,” has affirmed a spokesman for AMSA.

Meanwhile, the Prime Minister of Australia, Tony Abbott said: “The Australian Government will not rest until we have done everything we reasonably can to bring the families of the passengers and to the international community a bit more of peace and a little more knowledge about “what exactly happened.”

Correa will travel to the U.S. to lectures