The elimination of mobility restrictions, due to the advancement of vaccination against Covid-19; and low inflation have led foreigners to look at Ecuador as a destination to live. 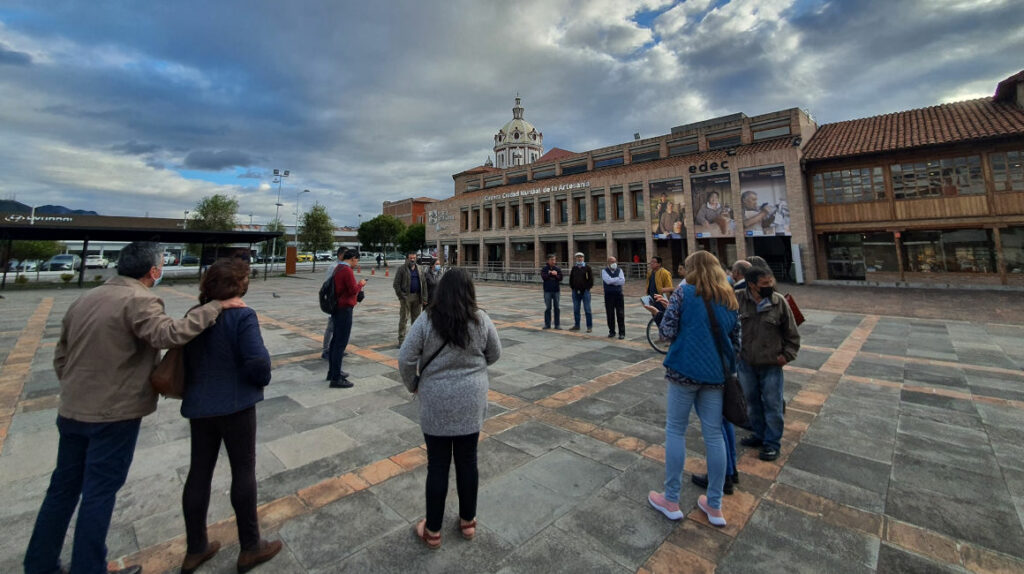 Reference image of people in Cuenca, in August 2022.

Most foreigners interested in buying or renting a property in Ecuador are from the United States.

Other foreign citizens who want a property in the country come from Spain, Mexico and Colombia.

Says a recent study of the real estate portals Properati and Trovit.

For the report, the portals analyzed 300,000 searches from abroad to buy and rent real estate in 125 cities in 13 countries in the Americas.

58% of housing searches in Quito, made from abroad, originate in the United States.

In the case of cities such as Cuenca and Guayaquil, the number of searches from the United States amounts to 76% and 75%, respectively.

Instead, the greatest interest in cities such as Machala and Loja correspond to people domiciled in Europe.

The study explains that searches made abroad to buy or rent a property in Ecuador are motivated by these factors:

Amelia and JP are two United States citizens who decided to sell everything they had to move to Ecuador.

They did it motivated by the warm climate, the location of the country, the number of air connections with the United States and because the cost of living is lower, according to what they say on their YouTube channel.

For example, the average price per square meter in the most exclusive area of ​​Quito is USD 1,658. That is 11 times less than the price of a square meter in Manhattan, in New York, which amounts to USD 17,600.

However, Amelia and JP acknowledge that lately foreigners are leaving the country due to increased insecurity.

Between January and August 2022, Ecuador reached the highest rate of violent deaths in the last decade.

There are foreigners who want to move to Ecuador because it is one of the 10 best retirement destinations in the world.

This is confirmed by a 2022 publication of the tourism magazine International Living.

The media maintains that foreigners can have a comfortable life spending between USD 1,500 and USD 1,825 per month .

According to the publication, the largest communities of foreigners in the country are in the city of Salinas, with beaches lined with condominiums; and in Cotacachi, a town of artisans in the Andes.

They also reside in Cuenca, one of the country’s main cities, which is modern and cultural; and in Vilcabamba, a small and picturesque village in the south, known as the “Valley of longevity”.

The longevity of some inhabitants of Vilcabamba has been related to the quality of the water, the mild climate and even the relaxed lifestyle.

More than 1,000 foreigners, mainly from English-speaking countries, reside permanently in the “Valley of Longevity”, maintains the Decentralized Autonomous Government (GAD) of the Vilcabamba Parish.

Ecuador considers the end of the covid-19 pandemic amid doubts

Shrimp, banana and tuna ask for respect for conditions with Mexico