An unusual request to try to leave prison 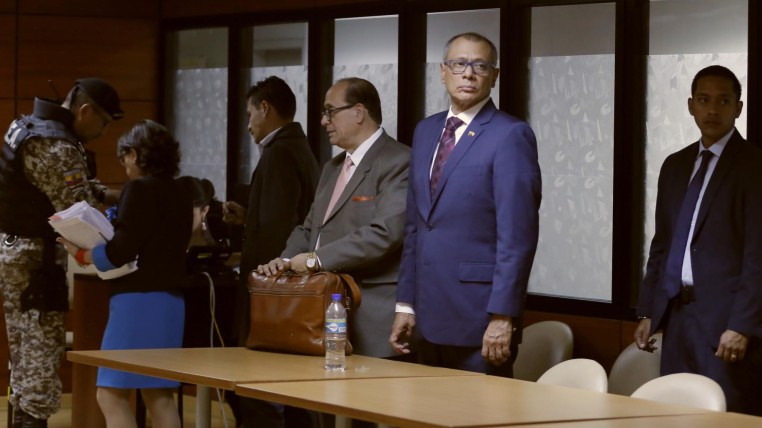 A response that takes time. And it is one of the possibilities that the defense of Jorge Glas, sentenced to six years for illicit association in the Odebrecht case, to achieve his freedom.

With judicial setbacks to all the appeals, Eduardo Franco Loor, defense lawyer, decided to knock on the doors of the Inter-American Commission of Human Rights and ask for precautionary measures for his client. “I exercise technical defense and consider it appropriate to go to that instance,” he told newspaper EXPRESO.

His request has been questioned from various sectors by human rights defenders and activists who were prosecuted during the ten years of the Coristas. For them it is a “contradiction, double talk, hypocrisy or a desperate measure”.

Glas belonged to a Government that never recognized the precautionary measures that the IACHR requested Ecuador to apply in some cases. Among them is Alicia Kawiya, an Amazonian indigenous woman threatened with death. Or the measures arranged for the groups Tagaeri and Taromenani against the exploitation of the Yasuní and others requested for the activist Fernando Villavicencio, the exasambleista Cléver Jiménez and the doctor Carlos Figueroa, sentenced for slanders against the ex-president Rafael Correa.

Villavicencio recalls that, in his case, the IACHR issued in March 2014 the suspension of preventive detention and the entire sentence “for violation of human rights.”

But the Ecuadorian government ignored it. On March 27, former Foreign Minister Ricardo Patiño (who now also went to the OAS to try to stop the referendum called by Lenin Moreno) criticized the agency.

Villavicencio thinks that it is a very serious contradiction that those who did not comply and qualified the Commission as the “garbage dump of Latin America” now go to it.

Juan Pablo Albán, an expert in Human Rights and a university professor, believes that since 2011 precautionary measures have not been complied with in at least 10 or 15 cases, after those granted to Emilio Palacio, the exacerculist of El Universo newspaper.

For him it is a lot of hypocrisy of the defense of Glas, “but, at the same time, awareness of the authority of the agency to force the States to fulfill their international obligations in the matter of DD. HH. “He said.

For Daniela Salazar, university professor and expert in Human Rights, “those who are not in power require the IACHR. There are many leaders who come to her after attacking her. That only confirms that it remains an essential organism, “he told this newspaper.

Luis Saavedra, from the Regional Human Rights Advisory Foundation (Inredh), believes that Glas’s defense request is part of the double discourse they always had. When it suited them, he said, they went to the Commission and when they did not ignore it and criticize it. “Now they use the same resources that they denied,” he said.

Former President Correa in the case of Jiménez and Villavicencio said in his Twitter account that the IACHR is “a group of bureaucrats without attribution, order the Republic to reverse an enforceable judgment, as simple as that, of a sovereign country. It’s unheard of. ”

Despite the criticism, the previous government requested protection for Nelson Serrano, sentenced to death.

In 2008, by decree, the Ministry of Justice was responsible for coordinating the execution of precautionary measures and agreements.

The IACHR issued measures in favor of threatened families in border areas. (I) 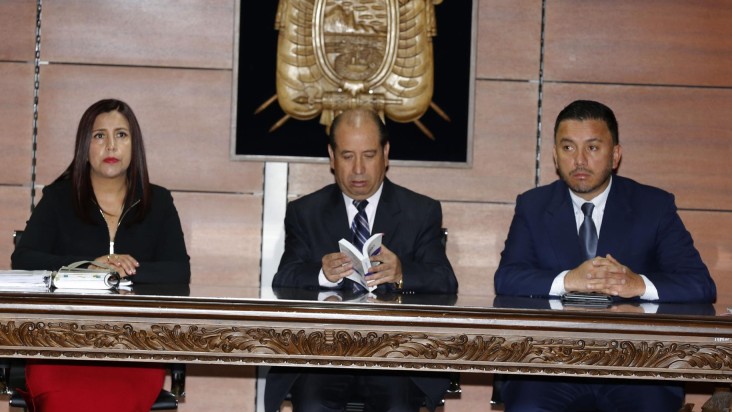