Antonio Banderas and Salma Hayek will engage  together in film 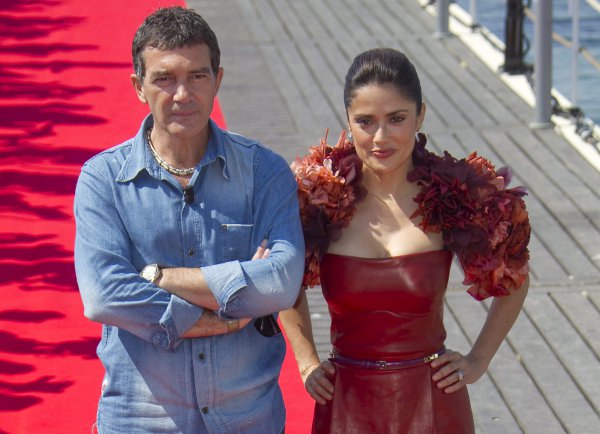 Antonio Banderas and Salma Hayek could be the protagonists of the film Nerveracker of the U.S. Filmmaker Robert Rodríguez, as revealed by the portal Movies with Butter.
“I really want to reconnect with some of the artists who have worked with me before, like Antonio, Salma, Jessica (Alba) and many others, far to make a nod to the viewers who have followed me from the beginning,” said Director, 46, who is still tweaking the screenplay details.
The Spanish actor Antonio Banderas and Salma Hayek have acted under the direction of Rodriguez, they did in the film Desperado (1995)in which they made a hot sex scene.