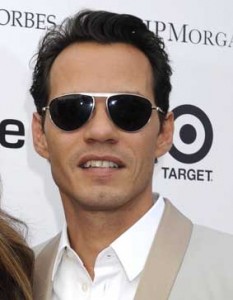 The singer Marc Anthony of Puerto Rican origin is in a controversy after being accused by his former business partner, Corey Simmons, of an alleged financial swindle in their business.

After Anthony sued Simmons in 2013 for an alleged loan of more than one million dollars that was never canceled, Simmons decided to strike back in the court in Los Angeles to to uncover the “unfair” maneuvers that, in his opinion, would have put launched the artist during this time.

“To start, Marc Anthony promised in front of all partners was being forged agreements and partnerships with other entities to decrease the production costs and increase our profits evidently, something that would allow us from getting the necessary liquidity to save the initial debt. But then we discovered that these negotiations had never existed, although consumed part of our resources, “said the testimony in the possession of the Judge.