APG clarifies that carry out tendering for dredging 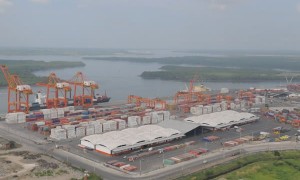 The Port Authority of Guayaquil (APG for its Spanish acronym) noted that the audit contract for the maintenance dredging of the access channel to the sea port, is being provisionally implemented in a direct way by that entity.

The APG said in a statement that, for this, they count with the support of specialized bathymetries, service provided by the Oceanographic Institute of the Navy (INOCAR for its Spanish acronym), “until having a comprehensive audit that will include several components”.

According to the institution, the clarification comes after the article published on August 3 by Newspaper Expreso, whose headline was ‘One year without tendering for the dredging of the channel´s port’.

The APG carries out a new recruitment process for this task, after the failure of two previous tenderings summoned this year.