Arnold Schwarzenegger reveals the name of the new Terminator movie 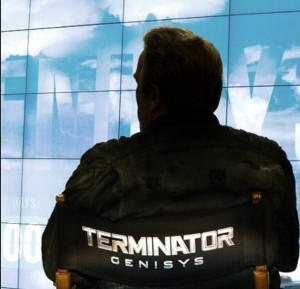 On July 1, 2015 , the new film from the famous sci-fi saga ‘Terminator’ will hit theaters in the U.S., in which Arnold Schwarzenegger will play a role. On Wednesday, the Austrian born and naturalized American Actor, posted on his Instagram account a snapshot in which is seen from behind, revealing the name of this new release.

At the bottom of the image, the actor writes: `I´ll be back’, indicating the end of his participation in the film, and saying goodbye to his castmates.