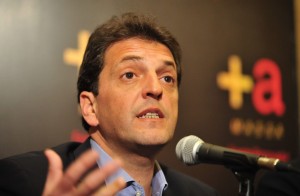 The main leaders of the opposition in Argentina considered October 9 as “an attack on freedom of expression” and as “flawed nullity,” the government’s decision to implement “officially” the division of the Clarin Group.

“We believe that there is a calling to silence those who show inflation, insecurity and other issues,” said Sergio Massa, National Deputy of the Frente Renovador political party, candidate for the presidential elections 2015.

In La Rioja, Mauricio Macri, head of city Government and PRO political party presidential candidate, said that he sees the episode “as a new attack on press freedom based on an instrument that has clearly proved useless,” referring to the Law Media.