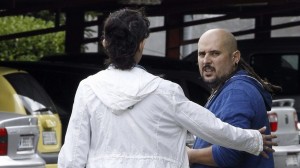 Isolated in a room on the sixth floor, the health status of the nursing assistant Teresa Romero, 44, got worse on Thursday, October 9. The woman, who remains hospitalized since the last 6 days in the Hospital Carlos III of Madrid, after confirmed the Ebola infection, the morning was on the verge of a major respiratory failure, hospital sources said, adding that after overcoming it, she spent the previous day without fever and quiet in the room.

José Ramón Romero, brother of the woman, said outside the center that “her condition has worsened.” He went to the center where his sister and brother-isolated without sumo toma- are admited in other plant, after consulting with the doctors who treat the nursing assistant and who asked him with urgency to attend the center.