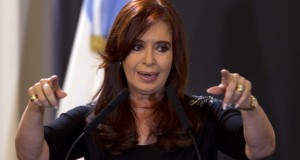 The Argentine government released an official message that indicates that the deceased prosecutor Alberto Nisman sought to “create a destabilizing political effect” with his complaint against President Cristina Fernandez for concealment of terrorists, which he presented days before his death.

“Dismissed the complaint, is there to be asked what were the fiscal Nisman objectives that pursued his complaint riddled with contradictions, lack of logic and legal support. Can you think a different hypothesis than to seek to generate a destabilizing political effect?” The executive said in a text widespread in the main Argentine newspapers.

Judge Rafecas indicated he did not find elements that support the accusations and stresses that the researchers found two documents drafted by the Attorney weeks before his death, in which he “emphasized the president’s efforts to bring the accused to trial,” according to the text.

“Why was the prosecutor working in parallel with two opposing goals?” is asked in the message, which has the signature “Government of Argentina”.

Correa justified the application of safeguards

Terrabienes manager spoke out to questionings of fisca and affected