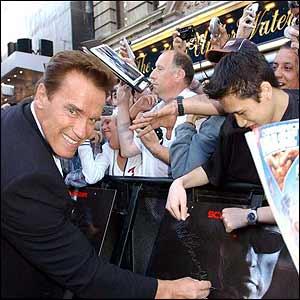 Justin Lin, director of Fast Five, and Arnold Schwarzenegger team up to bring the fifth film of the Terminator saga. Several Hollywood studios are interested in this project like, Sony, Universal, Lionsgate, and CBS Film.

The title of the movie has not been announced yet. This will be the first time the former California governor makes an appearance in the franchise after “T: 3 Rise of the Machines” in 2003.  In 2009, Christian Bale took the lead in the film series with Terminator Salvation.

The project will be produced with Robert Cort, although the scriptwriter remains unknown. Meanwhile Lin suggested that actor Vin Diesel could also be a part of this movie. (AV)