The Minister of Government , Alexandra Vela, revealed to EL COMERCIO that around 5,000 Afghan citizens are expected to be passing through Ecuador, in a humanitarian action , coordinated with the United States until they settle in that country. 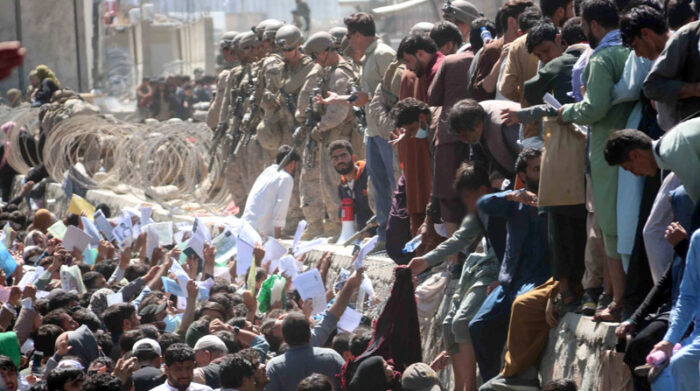 In an interview conducted this Thursday, August 26, 2021, Vela assured that this operation will not mean operational expenses for Ecuador, and that it will be paid for by the US Government that has taken in people who see their security threatened with the taking of the power by the Taliban regime , especially women , adolescents and girls .

“The Ecuadorian Government has expressed its full acceptance and support for the protection of the rights of these people, especially adolescent girls and women whose rights would obviously not be respected at all under the new regime,” added the Minister of Government.

“It is a request to receive a group, undetermined until now, but that would involve around 5,000 people of Afghan origin who have been forced to abandon their land, has been raised by the United States Government”, Vela said.

“It is a reception of a humanitarian nature ,” explained the Minister, of a temporary nature . So they would come to Ecuador under a condition of shelter of a humanitarian nature and protection of rights within the international treaties that Ecuador has ratified. There is a condition that everyone has seen on television channels that evidently puts the rights and respect of the right to physical integrity, life and liberty of these people at serious risk . This foster care will be temporary ”.

Vela assured that this action “will not represent any financial outlay for the Ecuadorian State, because their stay and all the expenses that they imply will be assumed by the government of the United States of America. The only thing that is being asked of Ecuador, both its government and its citizens, is the reception and protection of people at obvious risk to their life and freedom ”.

Read tomorrow the full interview with Minister Vela, in which governance issues , dialogues with Conaie , and the laws that the Assembly must deal with were discussed .