A group of Ecuadorian and foreign scientists has embarked on deciphering the genetic catalog of the Galapagos Islands by comparing the archipelago’s “barcodes of life (barcodes)” with the world gene bank and the hope of discovering new species. 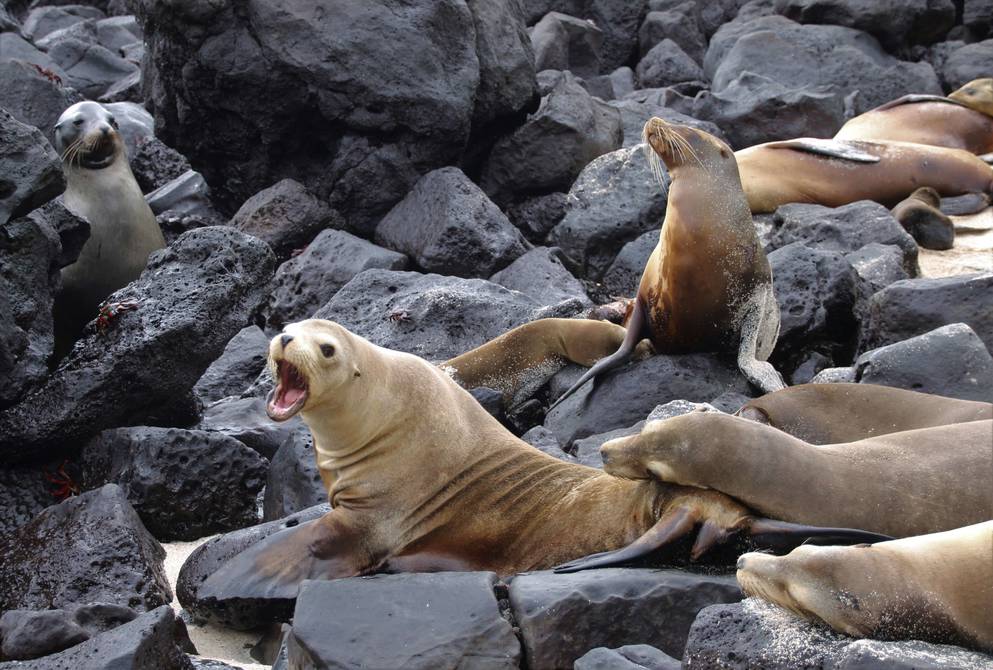 Carried out by the Galapagos Science Center (GSC), the San Francisco de Quito University (USFQ), with the support of the University of Exeter, the project has been dedicated for a year to collect evidence of soil and water to inventory the flora and fauna of these volcanic islands.

They do this by extracting the so-called “barcode of life” (genetic barcode or genetic sequence) from those species that leave traces of DNA in the samples they collect, and of microorganisms.

The collection falls on a “citizen science” initiative in which 74 Galapagueños periodically go out to collect soil and water samples on the different islands, and then transfer them to university laboratories on the islands of Santa Cruz, Isabela and San Cristóbal.

They do so within a project aimed at helping them economically in times of tourist paralysis due to the pandemic and, also, to raise awareness in society about the environment, explains Diego Ortiz, ecology and molecular biology researcher at USFQ and technical coordinator of the project “Galapagos Barcode” (Galapagos genetic code).

The samples go through a careful DNA extraction process in the laboratory until the dose of life is synthesized, which will be subjected to molecular analysis to extract the “genetic sequence” of every living being, a kind of “biological inventory” of the sample.

Ortiz explains that, in every cubic centimeter, there can be millions of cells to separate and analyze.

“Depending on the type of sample, the process can last a couple of hours, perhaps up to a full day, which is still a record time because before we were talking about weeks,” Pazmiño highlights about the new capabilities deployed on the three islands, with three MinION sequencers.

The cells in the sample always come from existing animal and plant life because, according to Ortiz, after a few hours the DNA would degrade without leaving a trace.

Research is currently focused on the microbiome of soil and plants, insects, bony and cartilaginous fish, mollusks, freshwater invertebrates, reptiles and turtles, and marine mammals.

“The ‘barcode’ is a bit of the entire genome, the same in all individuals and species, to be able to compare them,” explains Ortiz.

Made up of hundreds of letters, sometimes more than a thousand, this sequence allows scientists to distinguish which species are known or not, whether they are endemic or invasive , and how they differ from their congeners in other parts of the world.

By academic convention, and depending on the study group, the gene selected to define molecular markers in a study is usually the same, for example, 12S in fish and 16S in bacteria.

Preliminary analysis of the unique study revealed that the islands to the west of the archipelago have greater diversity than those to the east, or that ” 30 to 40 percent were species (of fish) not found in the world banks of sequence data.” , said Diana Pazmiño, co-principal investigator of the project and PhD in Marine Sciences.

This may be due to the fact that they are species that are new to science, or that they are known but that “genetic work has never been carried out on them,” the scientist added.

With the university located in front of a beach where sea lions coexist with human beings, his job now consists of reviewing these sequences “one by one” and determining how many are new and how many are not.

Located about a thousand kilometers west of the continent, the Galapagos archipelago is made up of thirteen large islands, nine medium ones and 107 islets, and through its Marine Reserve, the second largest in the world, there are sharks of different species, whales, sea turtles, rays, penguins or marine iguanas.

On land its giant tortoises, finches and albatrosses are famous, but the explosion of animal and plant life is unparalleled.

Their exponential biodiversity helped scientist Charles Darwin develop his Theory of Evolution, and in 1978 the islands were declared a World Heritage Site by UNESCO.

For decades, Ecuador has kept the archipelago under strict biological control measures in order to preserve its flora and fauna, and that no “invader” endangers its fragile ecosystems.

A titanic effort because the smallest microorganism can be dragged by a tourist’s suitcase, wind, bird or even stuck to the hull of a boat.

Therefore, beyond the biological inventory, this study will also contribute to protecting ecosystems against biological threats, since invasive species would be seen in the same sample.

The diversity of microorganisms indicates “how rich a soil is and what ecological processes are happening in it”, Ortiz abounds, and also “the presence of agents in areas to which they do not belong.”

A crucial knowledge to teach the population why they cannot smuggle a seed or overexploit ecosystems, thus reconciling the community with science in this unique place in the world where, according to Pazmiño, “evolution happens faster”. (I)