Two months after starting the procedures to access the electronic commerce giant, Rico Suave coffee managed to enter the Amazon platform for sale in the markets of the United States, Canada and Mexico. 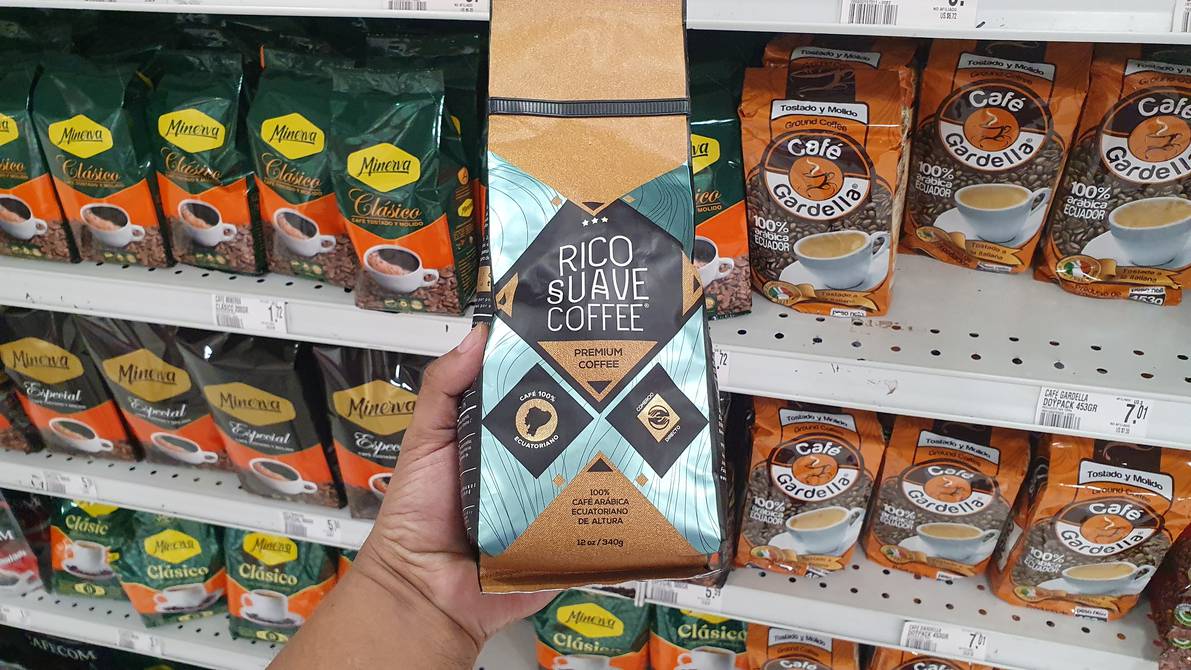 The premium coffee, named after one of the musical hits of the Ecuadorian singer Gerardo Mejía, one of the three partners in this project, entered e-commerce almost eight months after the introduction of this product.

Leveraged on a marketing strategy that includes commercials on social networks and the impulse that Mejía has given it, the brand has tried to position itself these months among Ecuadorians and Hispanics who remember the singer’s career.

In the United States, they began by selling coffee through the brand’s web portal and in Ecuador through the La Molienda, Del Portal and Mi Comisariato establishments.

A video in which two American policemen drink coffee and one of them believes that the bean is of Colombian origin, and receives the correction from the other, who tells him that he is Ecuadorian, marked the beginning of the promotional campaign. After that video, other sequences have arrived with Larry, one of the commercial officers.

On the Amazon portal, the coffee starts at $ 11.99. It is of the Arabica coffee variety and is identified as a premium product on the packaging.

The production is made in the Agrogora company, which has distribution in Ecuador. In the United States it is distributed with Ecuapro Inc.

Wilson González, producer and exporter of coffee and one of Mejía’s partners in this project, says that the arrival at Amazon opens the possibilities for the placement of this product to grow, as it will allow coverage throughout the United States.

He says that they have the advantage of having the product available in a warehouse in New Jersey, on the east coast of the United States, something that will allow them to handle the logistics with Amazon. The coffee that is exported from Guayaquil arrives at that winery.

“This allows us to reduce costs, secure transactions and improve delivery times,” says González, who met Mejía during his travels to promote the coffee he produces. The other partner in this venture is Fausto Zúñiga.

Rico Suave’s initial sales projection upon entering Amazon is to send about five pallets of coffee per month, which would be equivalent to exporting half a container per month.

In Amazon it will not be easy, since the competition is strong with products from several countries. But González maintains that this coffee has potential, since specialty coffee is used to make it, which allows a good cup and a competitive product to be obtained.

Agrogora works with producers from Loja, El Oro and Manabí to obtain the raw material, which has a standardized process in its production.

The next step is to reach Amazon from the UK and other countries in Europe. González indicates that, although they have started appealing to the Ecuadorian and migrant market, they believe that coffee has the conditions to be able to reach any coffee consumer in the world.

“We are working on the production issue to be prepared. The plan is to grow and grow in the local market as well, ”says González, who anticipates that they are talking to other supermarket chains in order to gain greater penetration.

In Ecuador, a 340-gram presentation is sold, whose price is around $ 6.29. On the local hangers it competes with brands such as Café Gardella, Minerva, Sweet & Coffee and others that have similar presentations.

Local demand for coffee has been on the rise following the emergence of coffee chains in recent years, but consumption is still low compared to other countries. Per capita coffee consumption is estimated to be below 1 kilo. In Colombia, Peru and Brazil each person can drink between 1.5 and 6 kilos a year.

Galapagos and Loja have their spaces in international chains

Ecuadorian coffee has also made a name for itself in large international coffee chains in recent years. The coffee produced in the Galapagos Islands, which is a product with a designation of origin, is sold in limited editions by the Swiss chain Nespresso.

Special Reserve Galapagos is described as a grain in which the consumer can capture sweet notes of cereals and full-bodied cookies. “A touch of bitterness similar to that of cocoa marks the roasted character of this coffee”, refers the description.

The Galapagos coffee already had the opportunity to enter the American Starbucks years ago. At the moment, to more than Switzerland, this Ecuadorian product is sent to Spain, Japan and Germany.

Currently, Loja sells her coffee at Starbucks Reserve, the luxury stores of this chain. The product enters that chain since 2019 through a company of Colombian origin, which works with small farmers in that province.

Lojano coffee has gained a greater reputation in the international and national market in recent years after winning awards and recognitions for its quality. Several brands and local coffee shops use raw material that comes from that province. (I)