Attorney criticizes lack of US support for extradition of Pedro Delgado 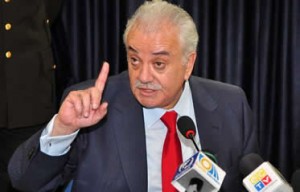 Extradition proceedings raised by the justice against Pedro Delgado, cousin of President Rafael Correa, have not presented progress.

Pedro Delgado currently faces two processes: one for falsifying his university degree and another for his alleged role in the delivery of a $ 800,000 credit to citizen Gaston Duzac.

The National Court of Justice (CNJ for its Spanish acronym) initiated two processes to request the extradition of Delgado. In the falsification case, the order was already formalized to the US justice authorities and their response is expected. In the alleged embezzlement, the President of the CNJ, Carlos Ramirez, returned the order to the Criminal Court, so that the documentation is completed.

The General Attorney, Galo Chiriboga, acknowledged there are problems for extraditing Delgado to the country. Chiriboga said that the US has not been reciprocate with Ecuador, which serves positively to its extradition requests.

“If the prosecution does not find reciprocity in the United States, henceforth we will refuse the extraditions requested by the US,” he said.