Attorney General´s office will formulate charges by the revolt of September 30, 2010 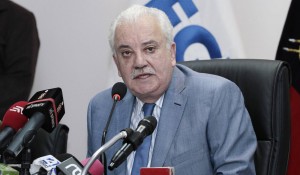 In the coming days, in the Attorney General’s Office plans to file new charges for the alleged crime of kidnapping against President Rafael Correa during the police revolt that occurred on September 30, 2010.

One of the last errands to close this investigation will be made today, from 08:30, with the reconstruction of the events in the National Police hospital where Correa was retained for several hours before being taken out by a group of policemen and military.

Galo Chiriboga, attorney general, explained that the errand will be made for at least three days. “We are concluding one case the previous administration tried to leave unpunished, which is the kidnapping of the president,” the official said yesterday.

Jaime Nebot spoke about the economic crisis of Ecuador

Bishops insist on dialogue and respect