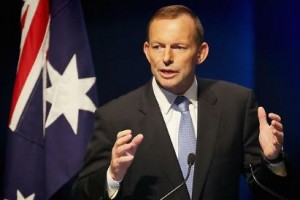 Australian Prime Minister Tony Abbott today described as “deeply unsatisfactory” the response given by Russia on the sinister of Malaysia Airlines plane in eastern Ukraine.

“The first response of the Russian ambassador was to accuse Ukraine from that. Gotta say this is profoundly unsatisfactory” Abbott said, adding that “it was not an accident but rather a crime.”

According to the latest report, around 27 Australians died yesterday at the downing of the Malaysia Airlines Boeing 777 with 298 people aboard in eastern Ukraine, probably due to the impact of a missile in a zone of armed conflict between pro-Russian and Ukrainian separatists forces.

Abbott asked and urged Moscow to cooperate with the “investigations” into what happened noting that apparently “Russian-backed rebels killed Australians with heavy weapons that had been supplied by Russia.”