This Friday, the Israeli government said it was ready to “expand” its ground operation in the Gaza Strip, which began two hours before midnight on last Thursday (local time), becoming a new phase of the current military offensive called “Protective Edge.”

So far the ground offensive in Gaza has killed at least 24 Palestinians, raising to 265 the number of fatalities -75% of them civilians, according to the UN- since last July 8 when Israel began its air strikes. On the Israeli side, a soldier died on Thursday night.

The entrance of the troops after 10 days of air strikes was given  -according to the Israeli government- in order to destroy tunnels used by Hamas fighters to transport their weapons and enter Israel, to carry out attacks.

Benjamin Netanyahu, Israeli Prime Minister, insisted that the raid was decided “after exhausting all options (…) And being aware that the price to pay may be high.” He also blamed the Islamist movement Hamas of the victims killed during the conflict. 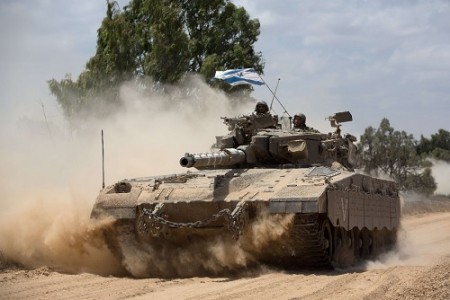