Balzar will elect its Mayor again on sunday 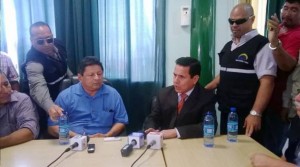 This april 13, 43.844 voters in canton Balzar (Guayas) will return to the polls to choose their new mayor from among ten candidates. The polling stations and the enclosures are the same of those of February 23.

According to the National Electoral Council (CNE), the elections will cost $231.562,20 dollars. The second Division of the army also began to designate the military personnel who will help in the transfer and receipt of new electoral material. The police, for its part, must define the staff that will provide security to the city on Sunday.

The decision of repeating the election of Balzar´s Mayor was taken by the Electoral Contentious Tribunal (TCE), which accepted the extraordinary appeal of nullity presented by the candidate of Alianza País, Jesús Párraga, who according to the election results of February 23, lost the election, which was won by Cirilo González (Roldosista Party), but with little benefit.