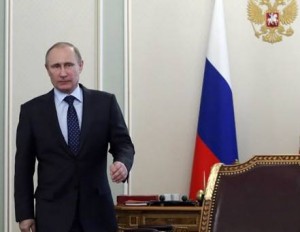 Russian President, Vladimir Putin, said this Wednesday that Russia will not continue supporting “forever” the Ukrainian economy, in reference to the current date of gas supply that Kiev refuses to pay, according to an AFP report.

Putin requested the Russian gas company Gazprom not to demand to Ukraine a pre-payment for gas, expecting further negotiations to reduce tensions between the two countries. However, he said that if negotiations fail, the Ukrainian authorities `will just receive what they have paid,´ according to the same report.

Ukraine currently has a debt of 2,200 million dollars with Russia for the gas supply, and rejects a 80% increase of the prices set by Moscow after the dismissal of pro-Russian President, Viktor Yanukovych, in late February.

The Acting Prime Minister of Ukraine, Arseniy Yatseniuk, said Saturday that the rise in the price of Russian gas is a form of `economic aggression´ politically motivated, and threatened to take legal action against Russia in a arbitration court.