As announced by President Nicolas Maduro, on next Thursday April 10th, a formal meeting with the opposition alliance known as the Mesa de la Unidad Democrática (MUD) will be carried out in order to restore peace in Venezuela.

“Next Thursday we will have the official public and notorious meeting for the whole country to sit down and see that debate,” Maduro said on his radio program of every Tuesday, where he also invited all Chavez’s followers to support “a dialogue to build the foundations of peace in this new phase of the republic of the Bolivar revolution of the XXI century.” “Hopefully we will not see despicable characters trying to ruin this effort voices,” he said.

“All of Venezuela will have to start a great process to heal society out of intolerance and violence because intolerance filled with hatred and violence is a disease of the soul, a social one,” he said. 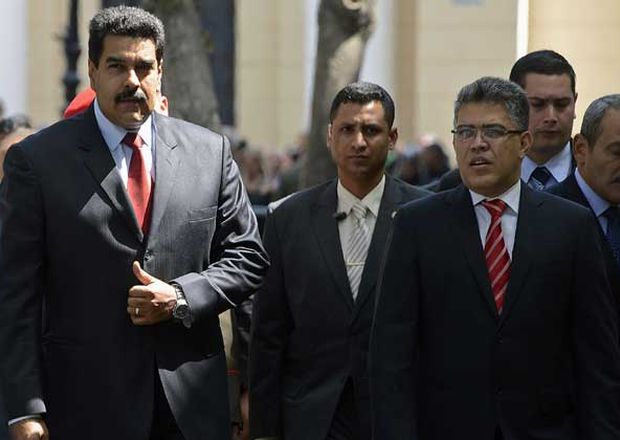 Nicolas Maduro (left) along with some members of his cabinet.