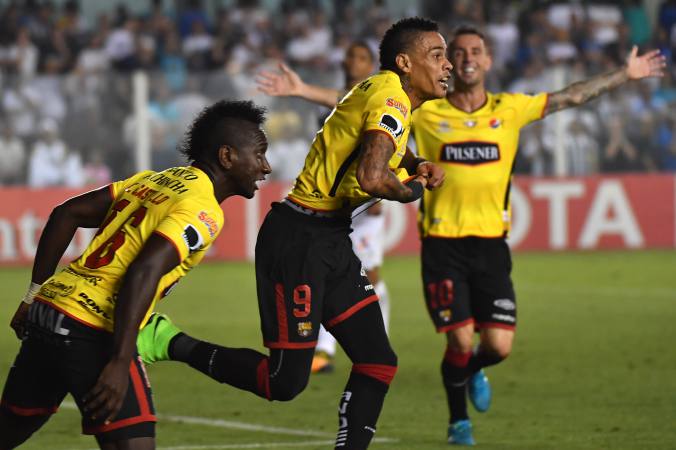 Barcelona continues to beat giants. Wednesday, the yellow team qualified for the semi-finals of the Copa Libertadores de America-2017 and will face the Gremio de Porto Alegre to pass to the finals.

Barcelona, twice a finalist for the Libertadores Cup (1990 and 1998), had everything against after a 1-1 draw against Santos at home.

However, with a goal by Uruguayan Jonatan Alvez in the 67 minute, the Ecuadorian team dreams of winning for the first time in its history the coveted continental tournament. (I)