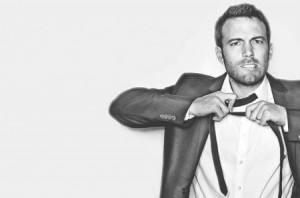 A new video comes from the film set of ‘Batman vs. Superman ‘appearing the next Batman, Ben Affleck and some of his doubles, saving a girl from a car falling on her. The moment was captured by a moviemaker fan who came to the area in which the production was shooting.

The team is currently installed on the streets of Detroit where they are filming some scenes from the blockbuster that will be released in March 2016 on this occasion, and as the pictures show, the millionaire Bruce Wayne aims to save a girl of the crushing of a vehicle.

Along with Affleck again repeated Henry Cavil as Superman, joined by Gal Gadot as Wonder Woman or Jason Momoa as Aquaman. All controlled by Zack Snyder, director of the first production that will unite the two superheroes.