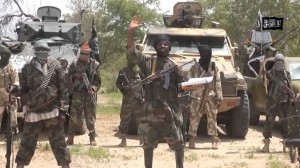 The Nigerian Islamist group Boko Haram kidnapped about 100 young people between 15 and 30 years in some fishing communities in northeastern Nigeria and took them on boats that crossed Lake Chad, witnesses reported yesterday.

Witnesses who escaped the violence told that militants have burned several homes and there are over 90 missing people. “Do not left any man or boy in the place, only younger, girls and women,” says one of them.

“At first, we thought (the attackers) were military. But when they started shooting people and burning the houses we understood that they were Boko Haram, “said Halima Alhaji Adam, a witness of the attack.

At least 10 people have died in the attack. However, the kidnapping has not been confirmed by the Nigerian authorities.

Negotiations between Israel and Palestine continues today and tomorrow