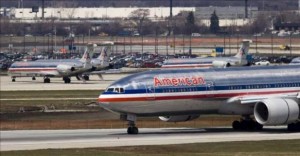 Several emergency teams were displaced on November 30 at the John F. Kennedy International Airport in New York to respond to a bomb threat aboard a plane, informed authorities of the city.

The Fire Department of New York informed on its Twitter account about the alarm shortly after local time noon, without giving further details.

According to local media, the notice affected flight number 67 of American Airlines, which had just landed from Barcelona.