Bombings in Gaza have left more than 100 dead so far 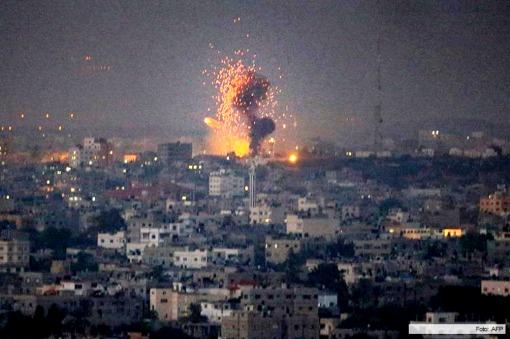 In Gaza, the Palestinian death toll climbed to 100 today because of an Israeli bombing on a vehicle traveling in the Palestinian refugee camp of Al Bureij, in central Gaza, which killed two people, according to the local Ministry of Health.

Among the latest casualties of the Israeli air attacks before dawn listed eight people, including a young child and another one of seven, the ministry said.

The most severe bombing took place at a house of a leader of the Islamic Jihad group in the city of Rafah, in southern Gaza, where five members of the same family were killed, an act without notice to the neighbors as completely destroyed the building and several nearby properties.

According to humanitarian organizations, over 300 houses were completely destroyed and several were severely damaged, leaving more than 2,000 thousand people homeless.