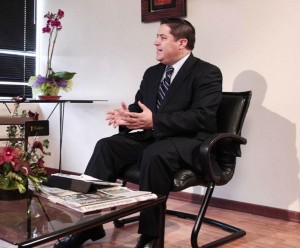 Following the resignation of Roberto Wohlgemuth, as a Member of the Council for the Regulation of Communication (Cordicom), his substitute Marco Antonio Bravo, (also an agency official), shall take office.

Wohlgemuth left the membership representing Autonomous and Decentralized Governments last May 8th, but Cordicom recently reported it yesterday in a statement.

Bravo was the Under Secretary of New Media; he handled the Government news portal `The Citizen´ and its printed version, as well as the Andres news agency.

The entity would even have another change to be defined when the Permanent Delegate of the National Equality Councils is appointed.

This arises since the Assembly approved several days ago, the law that creates it, as it is still in the hands of the Executive for the respective sanction.