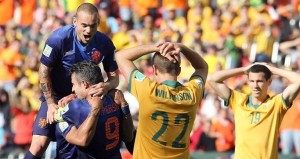 The Netherlands took the third place in the Brazil World Cup 2014, after beating the Brazilian team 3-0 at the National Stadium of Brasilia.

The Netherlands always maintained the game in control during the second half and started playing backlash based on the speed of their best player, Arjen Robben.

The hosts were dismissed amidst whistles, both at halftime and fulltime. In this way, Brazil leaves the  2014 World Cup with two consecutive defeats after being overcome by Germany (7-1).