Three State buildings will be constructed in Quito and Guayaquil 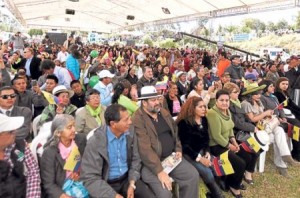 The President Rafael Correa announced yesterday the construction of three State buildings in Quito and Guayaquil. In the capital two buildings will be done to expedite the Judiciary System, while in Guayaquil the Compound of Government Production. The investment in property will exceed the $280 million.

In Quito, one of the buildings will be located in the center-north and one in the south. The first will be located in Iñaquito, and is expected that 144 judges work there. The other compound will be in Quitumbe and will accommodate 122 judges. Construction would begin in September of this year.

As for Guayaquil$187.7 million will be invested in the works and the building  will accommodate more tan 6,500employees.