Bringing Metallica to Ecuador had an approximately cost of $ 4 million 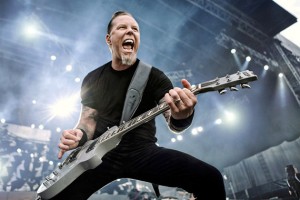 José Rephani, representative of Team Productions, the company that organizes the Metallica concert, told in a press conference the details about the preparatives that were made ​​for the concert.

The concert will take place tomorrow at Bicentennial Park of Quito, and had an approximately cost of $ 4 million, due to the demands of the band in terms of the show quality, technologic and logistic arrangements.

José Rephani also indicated that it took 4 months to materialize the concert, and with respect to details of expenditure, he said that nearly $ 3 million were spent to bring the band, the technical staff and guest artists for opening act, which makes a total of 250 people who were paid for their work, lodging, food and per diem expenses. An additional million was spent just on taxes.