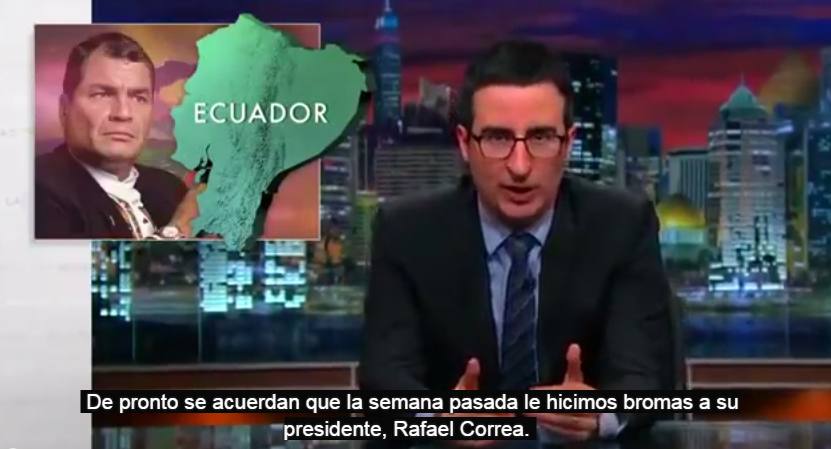 The British comedian John Oliver responded to President Rafael Correa, who reacted in his Twitter account to his taunts in the show Last Week Tonight with John Oliver, broadcasted by HBO.

Oliver referred to comments from Correa, who said that the English comedian was “little more than an oxymoron” and also described the “gringo” talk shows as unfriendly.

“He’s right (…) is the same as an Ecuadorian President who prioritizes his time wisely,” Oliver said derisively.

“I would make fun of the hypersensitivity of Correa if he did not have a history of pointing out who disagrees with him,” he said.