British Judge Authorizes Extradition to the Founder of Wikileaks 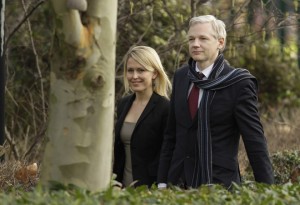 Today the British judge Howard Riddle authorized the request from Sweden to extradite Julian Assange, founder of WikiLeaks. However, Assange lawyers will appeal this even when judge Riddle approved the extradition order.

If Assange is extradited he would remain detained and without being able to communicate until his trial is performed with no witnesses, as the law dictates against cases of sex felonies. Meanwhile Assange defense says that he will not have a fair trial.

WikiLeaks founder states that the charges are false and that he is the target of a political persecution for espionage and high treason. This trial could end with the death penalty.

Pitbull and Chayanne Cheered Up The Fourth Night at Viña Festival